Located within the famous Moru Kopjes area of the Southern Serengeti, Serengeti Pioneer Camp Tanzania is ideally situated to offer excellent access to the country's highly regarded safari circuit, including the annual wildebeest migration and the 'Big 5'!

The Camp has its unique style and feel, paying homage to the iconic mobile camps of the 1930s; a time when an African safari was indeed a journey into the unknown. Serengeti Pioneer Camp's 'zero footprint' and close proximity to nature combines to make an unmistakably distinctive and truly individual offering.

Serengeti Pioneer Camp comprises twelve tented, ensuite accommodations, including a flushing toilet, vanity basin, and shower, the tent interiors are designed to evoke the very best of an era long-gone but certainly not forgotten.

Guests are hosted in the dining tent for breakfast and dinner, whilst luncheons are taken either in the camp or in the bush during what will undoubtedly be another enthralling day in the Serengeti.

Serengeti Pioneer Camp captures the original essence of the mobile African safari, engendering nostalgic wonderment whilst unlocking the adventurous spirit within all of us. The drama and beauty of the Serengeti is indeed awe-inspiring, and there is little wonder it plays host to one of the 7 natural wonders of Africa, the Serengeti Migration. 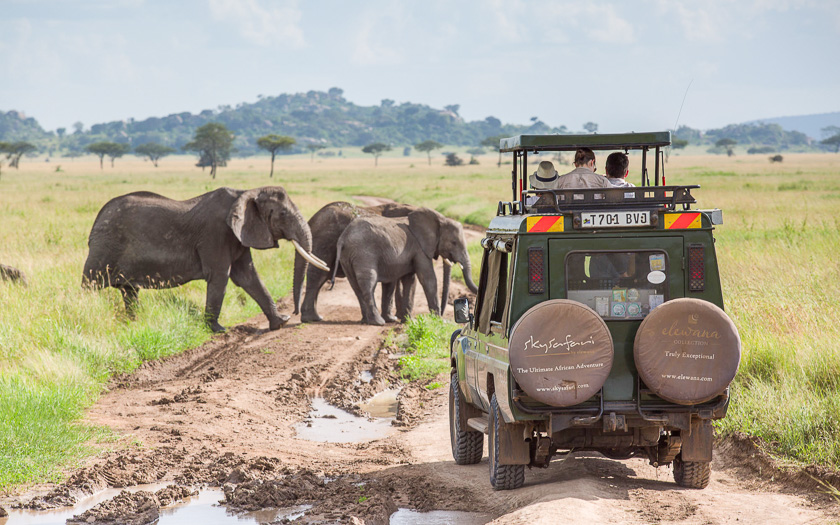 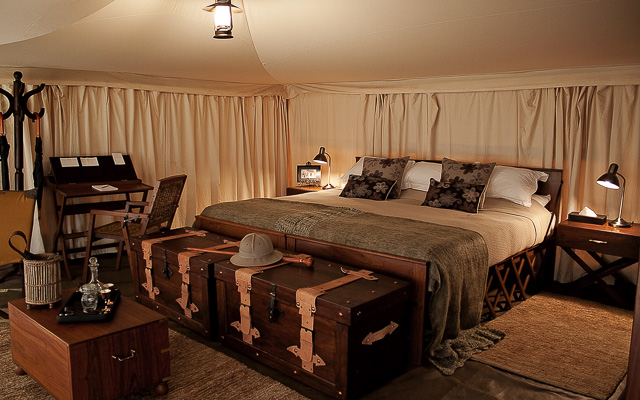 Serengeti Pioneer Camp has several safari options available, yet, when booked through Safari Guru, we would typically book and include a 'game package'. In saying this, a vehicle-based safari is usually the best method for viewing wildlife in the bush and provides the majority of your up-close animal experiences. In the Serengeti, animals are pretty habituated to the presence of vehicles and therefore do not feel threatened.

This central part of the Serengeti is famous for offering excellent wildlife viewing all year round and almost guaranteed predator sightings, especially July to October when the densities of lions and cheetahs are amongst the highest in Africa.

The main wildebeest and zebra migration usually passes through April to May and November to December, bringing even more predators and great potential for hunts and kills.

In this Moru Kopjes area, the herds can often mass together and provide an awe-inspiring spectacle, especially during the April to May period, when the animals move north in long columns consisting of thousands. The wildebeest are in rut at this time of year, and one can expect heightened territorial activity between males.

Despite being only 40km as the crow flies from the often bustling Seronera area, this area is relatively quiet, especially outside the core migration months, and it is more than possible to deliver high-quality safari experiences.