Duba Plains Camp sits in a beautiful part of the northern Okavango Delta, on one of a matrix of palm-dotted islands, sharing flood plains and woodland in a private 77,000-acre reserve.

This well-known tented safari camp is a favourite of many, including Safari Guru. In 2017 this iconic safari lodge was entirely rebuilt from the ground up, becoming uniquely luxurious in the typical (and beautiful) style of the owners, Great Plains Conservation, evoking the classic 'campaign' style of African Safari in the 1920s.

One of Botswana's only Relais & Chateaux accredited properties, and listed one of National Geographics Unique lodges of the world, Duba Plains Camp offers only five bespoke tents designed to blend perfectly into the landscape. The oversized 'tents' are raised on recycled railway sleeper decking offering remarkable views of the surrounding floodplain and a steady stream of Botswana's magnificent wildlife parading past, sometimes only at arms-length from the individual suites private plunge pool's and shaded sala's. Each of the tents offer a lounge area and beautifully appointed en-suite facilities consisting of flush loo, double vanities, both indoor and outdoor showers and a luxurious bath. Ceiling fans, environmentally friendly air-conditioning over the beds, and carefully designed in an ecofriendly manner to maintain a comfortable climate all year round.

This well-adorned safari camp's main area consists of a large raised dining room, comfortable lounge, interactive kitchen, wine cellar, including a few hundred bottles of wine from friends of the Jouberts – known not only for the quality of their wines but those winemakers who tell their story beyond the bottle; including conservationists and people who have a community they give back to and support by being part of the Great Plains Wine Selection. The camp, like many well-managed safari camps centre point, offers a gathering place of all bush experiences, a fireplace on an extended deck under the giant African ebony trees.

Safaris to Duba Plains are renowned for the enthralling battles between lion and buffalo, as captured by Safari Guru founder Deon De Villiers during a photographic safari at Duba, and this is where the National Geographic filmmakers and conservationists, Dereck and Beverly Joubert, chose for their home base and set out on countless hours of filming the harrowing tale of Relentless Enemies. 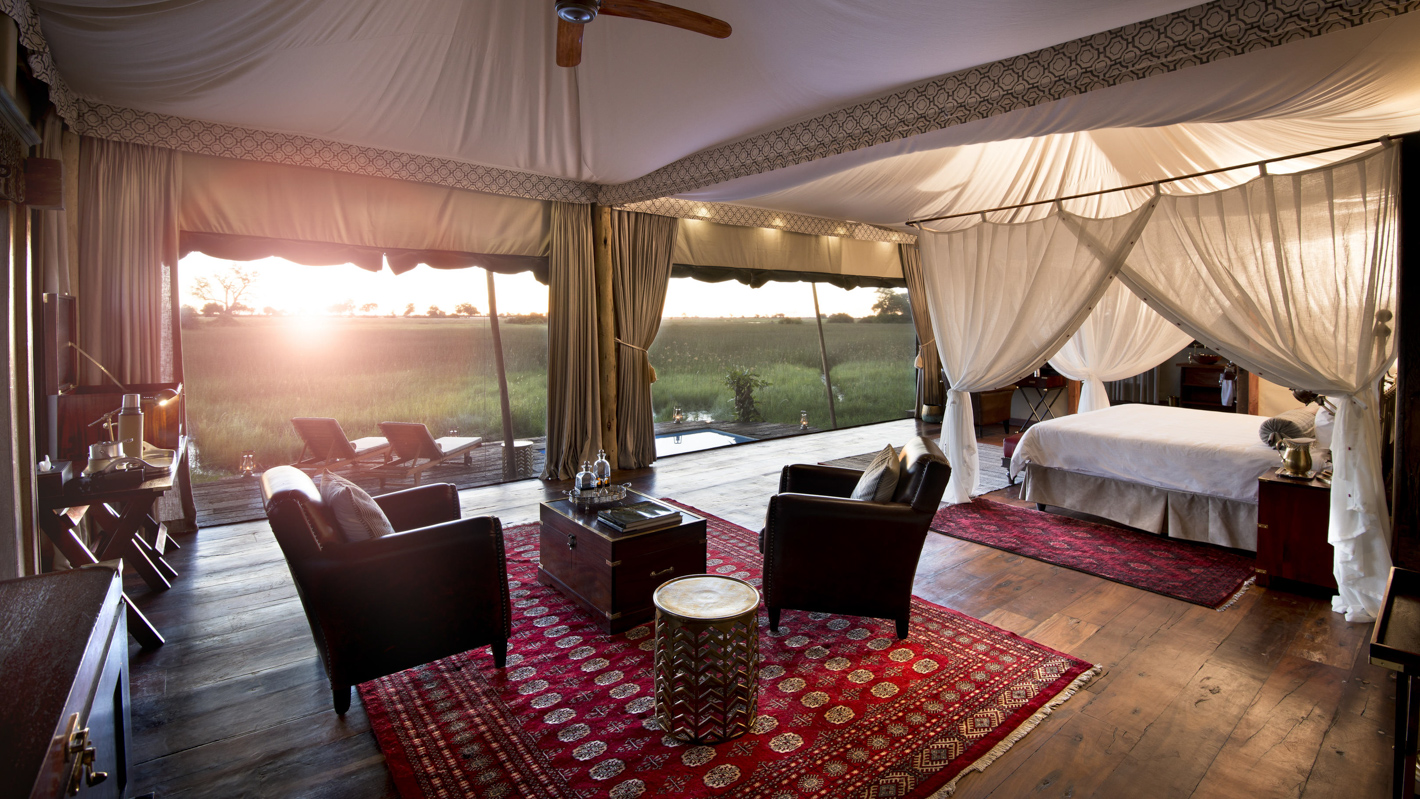 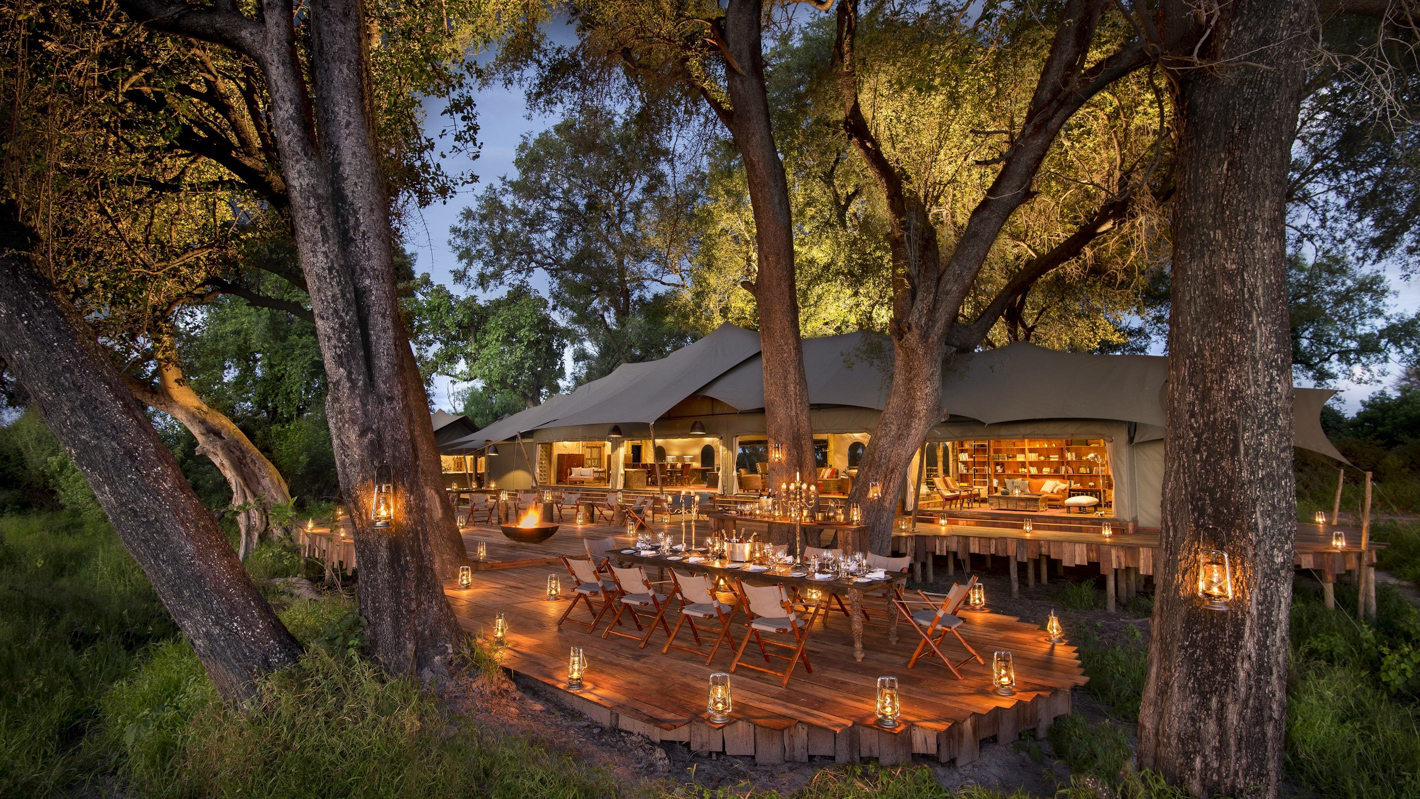 Contrary to usual behaviour, Duba's lions have had the reputation of being active during the day and providing travellers with the most exilerating and timeless hunts. This has changed recently with a change to the lion prides and environment - meaning the lion buffalo encounters have become slightly less of a focus; yet this has allowed new wildlife opportunities and Duba has seen more leopard move into the area in the last few years.

Over and above lions and buffalo, Duba Plains prides itself on offering exceptional wildlife experiences and exclusive access to some of Botswana's best wildlife safari highlights. General game is prolific, elephants are plentiful in the area, and leopards have slowly been moving in as the lion prides disperse. Duba Plains is also known for interesting species, like those more associated with the Kalahari, such as aardwolf and pangolins and birdwatching is also excellent, with many species to satisfy even the most ardent of birding enthusiasts.