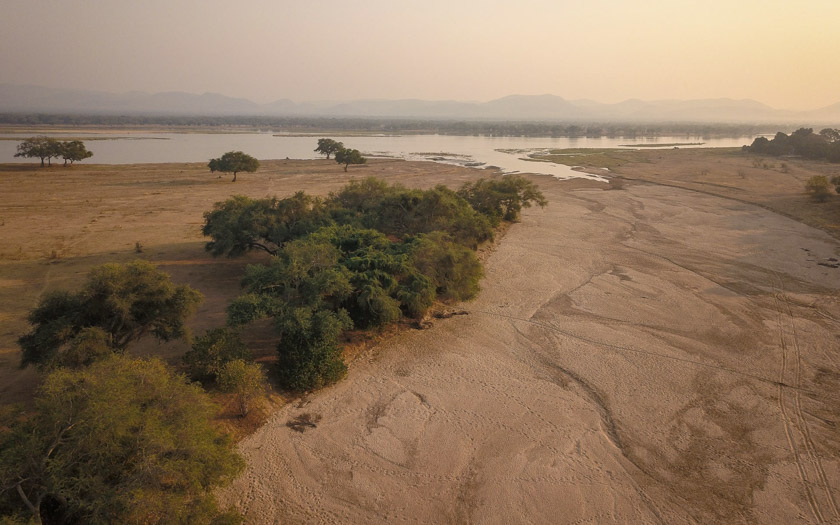 Chikwenya Camp Zimbabwe has been established for many years in a private concession on Mana Pool's eastern boundary, a UNESCO World Heritage Site overlooking vast floodplains of the Zambezi River, with the mountains of the Rift Valley escarpment providing a stunning backdrop. In 2018 it was acquired by an excellent large safari operator, one of our long-term partners and substantially refurnished and improved.

Chikwenya Camp Mana Pools is surrounded by a dense forest of albida and Natal mahogany trees which provide wonderful shade in the hot temperatures of Mana Pools. The camp is a true haven of peace and beauty.

Chikwenya Camp Zimbabwe comprises seven extremely stylish and luxurious tented rooms and sits on low wooden decks with leadwood walkways linking them to the gorgeous main area. Two of these are two-bed family tented accommodations, each ensuite with its own pool. The ensuite consists of a beautiful huge bath, excellent indoor and outdoor showers and a flushing loo.

The style of the camp is romantic, elegant and minimalist, with beiges and creams predominating; each tent has a large outdoor deck sitting under shady trees with comfortable couch seating and sun umbrellas. This is an extremely friendly camp where hospitality reigns. The lounge, indoor and outdoor dining and bar are comfortable and chic. There are hanging chairs, a fire pit, a swimming pool, and a deck all look out to the Zambezi and passing wildlife. 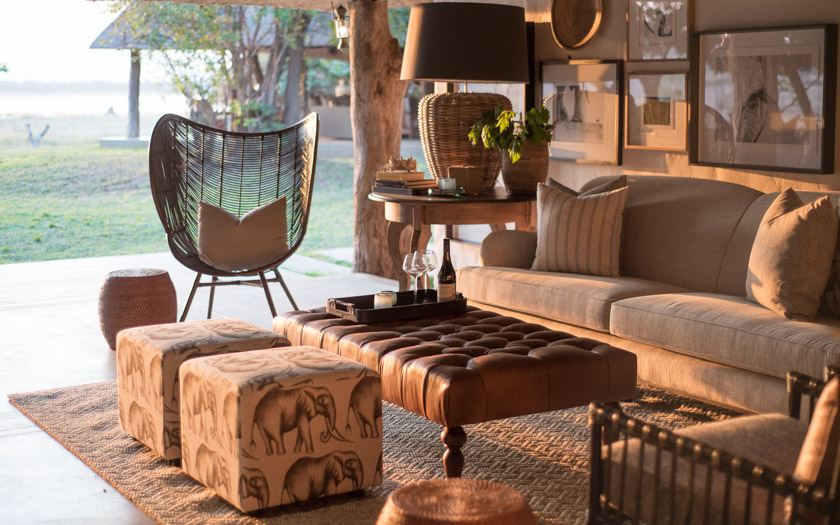 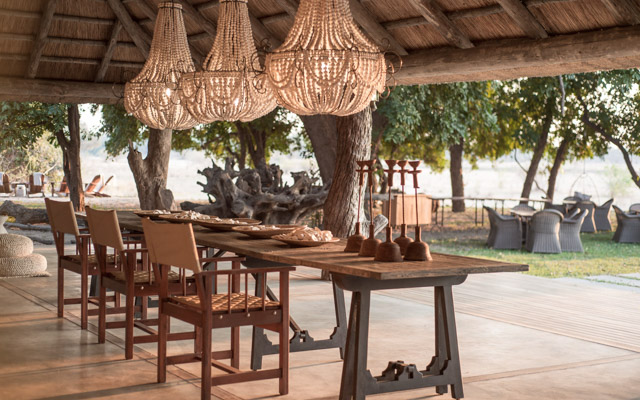 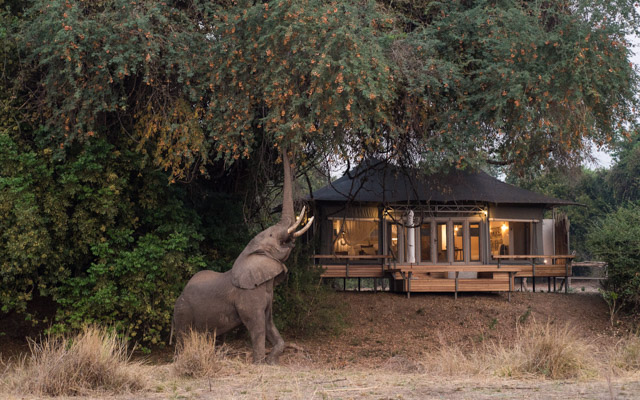 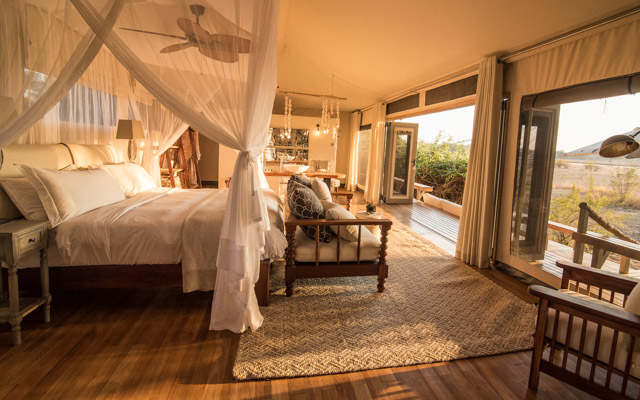 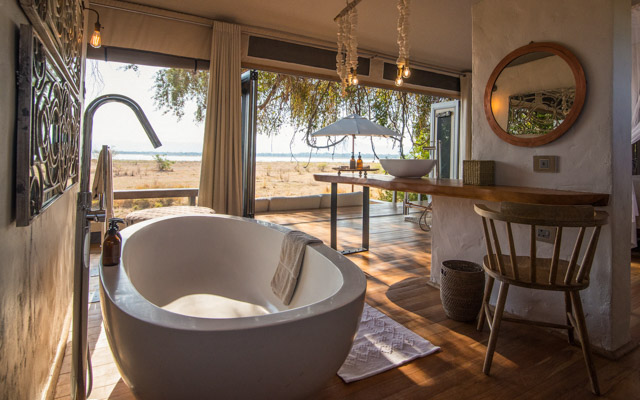 One of our favourite places, safari experiences in Mana Pools are second to none, and the wildlife is immense! Activities at the camp focus on game drives and walking safaris within the camp's private concession, providing exclusive viewing of the area's incredible wildlife. The camp is located outside the Mana Pools National Park; therefore, motorised boating and fishing are available on the beautiful Zambezi River. This is a wonderful way to see birds, such as the beautiful carmine bee-eater, get safely close to the river's hippo and croc population, and watch the elephants coming down to the river to drink and swim. The Zambezi is also one of the best spots to watch the continent's sunset.

You can also canoe with expert guides and glide quietly down the vast, legendary Zambezi River as the sun sets over the Rift Valley escarpment, with elephant crossing, hippos snorting, and water birds swooping. Walk along the river through albida forests swathed in golden light, watching elephants stand on tiptoe to reach their pods. On a game drive, find lion, leopard, perhaps, or other predators such as hyena or wild dogs in action. The area is rich in plains game such as resident eland, impala, water-buck, kudu and many of the famous Mana Pools elephants, all of which often frequent camp in the early evening. Listen to the local lore: tales of river gods and of a beloved female ruler – Chikwenya – buried beneath a nearby baobab tree, said to be guarded by the spirits.