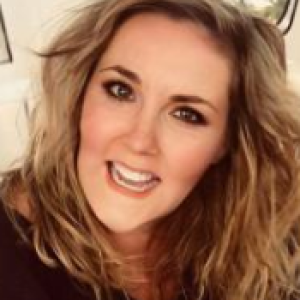 In search of Rwanda’s Gorillas, Deon and I, Safari Guru specialists, headed into this landlocked equatorial country to experience first-hand the fantastic safari and cultural experiences this inspirational place offers in today’s post covid climate. We wanted to understand what impact (if any) the COVID-induced halt of global tourism has affected Rwanda.

Rwanda is a fascinating country. It has already faced immense pain and hardship after the decimation of the 1994 genocide, which ripped this amazing country apart. But, just incredibly, as many know, it has re-built itself and arisen from the ashes of its tragic recent history.

Kigali, the capital, serves as the entry point for Africa’s best primate safaris. It is safe, clean, ordered, and really is an interesting start and finish to any visit to the country. The country offers much. Big-five game viewing in the eastern Akagera park, unbelievably picturesque Lake Kivu (where you could be forgiven for thinking you were at the Italian Lakes, Amalfi, or Croatian Coast), relaxing tea and coffee experiences, and chimp trekking in the West within the national park of Nyungwe.

But the country’s most significant tourist and conservation draw is trekking to see one of 20 habituated gorilla families in the Volcanoes National Park bordering Uganda and the DRC. The mountain gorilla is endangered; there are an ‘estimated’ 1,063 in the wild. While this number seems extremely precise for an estimation, every individual counts with gorilla numbers this low. The gorillas are found in the Volcanoes National Park. This is absolutely “in the heart of Central Africa, so high up that you shiver more than you sweat,” as Dian Fossey, the late eminent primatologist, stated. Here you’ll find “great, old volcanoes towering almost 15,000 feet, and nearly covered with rich, green rainforest – the Virungas.”

Rwanda has 20 habituated gorilla families within its part of the Volcanoes National Park. Eight of them are reserved for research purposes, and twelve of them can be visited by intrepid tourists who don their hiking boots and gators and walk with guides to find their assigned family. Rwanda limits each trekking group to a maximum of eight people. Obviously, only ninety-six people can trek on any day, having previously signed up and bought a (not inexpensive) permit. Currently, there are some ‘post-covid’ permit deals for African residents and other nationalities who stay within other parks in the country.

Having ventured this far, we recommend that you book two gorilla treks. The experience of finding your assigned group is quite overwhelming, and each trekking group is only allowed a maximum of one hour with their family to keep the disturbance to these unique primates to a minimum.

We undertook two treks. As we’ve said, with gorilla numbers as low as they are, every individual counts; as such, the groups are named and every member known. Our first hike was to the gorilla family known as the Kwisanga. It is one of the newest groups, formed on 4th May 2021 due to a split. Silverback Kigoma left another group known as the Kwitonda group with sixteen members, and since then, they have never returned – he obviously felt adventurous and dominant! Kwisanga now comprises seventeen members, including two silverbacks, three adult females, two blackbacks (mid-age males), two sub-adult males, three juveniles, and five infants. Our intrepid group was on the move. We found them in the rainforest. But within moments, they were on the move. Leaving the forest and they were off, out of the park, and moving through to the edges of the community farmlands, only stopping occasionally to eat delicious bamboo or dig for roots – almost guiding us back to our starting point!

Our second gorilla trek and interaction was entirely different. Our assigned family was Agashya (or group thirteen), a large, well-established group that sat quite happy in our company in a dense, but manageable part of the forest. After the huge silverback had squared up to Safair-Guru’s silverback, Deon (and won), the group sat and played, ate, slept, and occasionally curiously fronted up to us. They tapped our heads, or – at one point – one took a liking to me and tried to drag me into the play! It really was an unbelievable experience.

So, to the effects of COVID on gorilla trekking and the famed primate trekking experiences? Thankfully, Rwanda continued to protect and research its endangered gorillas. Further, understanding that the great apes and humans share 98% DNA, with such genetic similarity, any exposure to human illnesses – such as COVID – could potentially impact gorillas catastrophically.

Any person within contact with the gorillas/golden monkeys or chimps needs to have a PCR negative test within 72 hours. This might be arduous in any other country, but Rwanda has fine-tuned the process….so we were never put out by the five tests they needed to complete for their treks, although several tests were indeed not cheap! Otherwise, COVID has left this beautiful country relatively unscathed. We’re all certainly hoping the tests will be relaxed soon….

Seeing these incredible apes in their natural habitat in Rwanda is a moment that really may well touch you for years and years to come. Unlike any other experience. Here is some information for us all to ponder about these magnificent apes, our cousins…

Mountain gorillas spend about a quarter of their day eating, mainly plants. Around 85% of their diet consists of leaves, shoots, and stems, but gorillas can also eat larvae, snails, ants, roots, barks, and rotting wood.

The trackers that follow these families typically leave them around 4pm, and mostly the gorilla’s don’t move much from this time unless disturbed. At night, mountain gorilla groups sleep together in nests on the ground or in trees made from foliage, where infants will share their mother’s nests, staying safe and warm.

Most mountain gorillas live in stable family groups of around ten individuals, with one dominant male and several females. Both males and females in the group care for their infants, hugging, carrying, and playing with them.

The main threat to mountain gorillas is the degradation of their habitat. As the region’s population grows, the land is increasingly converted for agriculture, and competition for limited natural resources leads to deforestation.